IN 1933, A MERE 14 YEARS AFTER MODERN ORIENTEERING became a competitive sport, an entrepreneurial trio of champion Swedish orienteers invented the liquid-filled compass, which was more precise and easier to use than other such instruments. Silva brand was born. At the same time we launched our first headlamp, setting the stage for innovation in diverse areas of outdoor sport. Though much in the company has changed, Silva compasses remain the first choice for orienteers around the world. As farm, field and forest pass underfoot, we pass through their hands.

As a company, we are navigators, circling the globe, solving cross-country complexities. As individuals we are both omni-adventurers and everyday exercisers. This inspires us to test new products ourselves and add what we find out to other sources of information—like the valuable input we receive from our ambassadors around the world. We fold all of this experience and knowledge into the design and testing of the leading technology we are known for.

Scandinavia’s widely different seasons, especially the dark and cold winters, put extraordinary demands on outdoor gear, testing it to its limits—and tested us as well. But we think we’ve risen to the challenge. In recent years we’ve received several awards for our innovative and aesthetically pleasing headlamps. We’re grateful for this recognition of our hard work, but we can’t rest in continuing to seek the ultimate design in any product to meet all the challenges encountered.

These day’s our main business areas are within Sport, Outdoor and Professional. In each of these different areas you’ll find relevant products such as headlamps, compasses, pedometers, binoculars, professional instruments and related items. You’ll also find a proud heritage in design, innovation, and leadership.

1933 The Bröderna Kjellström and Instrumentverken companies are established based on the Silva brand and the invention of the liquid-filled compass. At the same period the first Silva headlamp, Zeiler, was launched. The consumer price was 0,8 Euro. 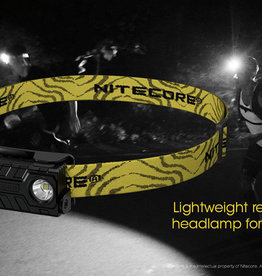